Watford dug out a point in treacherous conditions to begin Roy Hodgson’s reign with a 0-0 draw at Burnley on Saturday that does little for either side’s hopes of staying in the Premier League.

Burnley’s new signing Wout Weghorst came closest to breaking the deadlock with a deflected effort that came back off the crossbar.

But a 10th draw in 19 games leaves the Clarets still on the foot of the table with Watford only two points and two places better off in 18th.

This match had been twice postponed due to coronavirus outbreaks in each of the camps.

However, it was not an encounter worth the wait with heavy rain and strong winds helping to spoil the spectacle.

Watford goalkeeper Ben Foster turned behind Maxwel Cornet’s powerful drive with the best effort of the first half.

The visitors were wasteful on the counter-attack in the second period as Joao Pedro headed too close to Nick Pope with their best effort.

Weghorst joined from Wolfsburg on deadline day and nearly made the difference when his effort looped over Foster and came back off the top of the bar.

Burnley still have games in hand on all their relegation rivals but face a tough week ahead with Manchester United and Liverpool visiting Turf Moor in the next eight days.

Watford edge ahead of Newcastle on goal difference, but still a point adrift of safety. 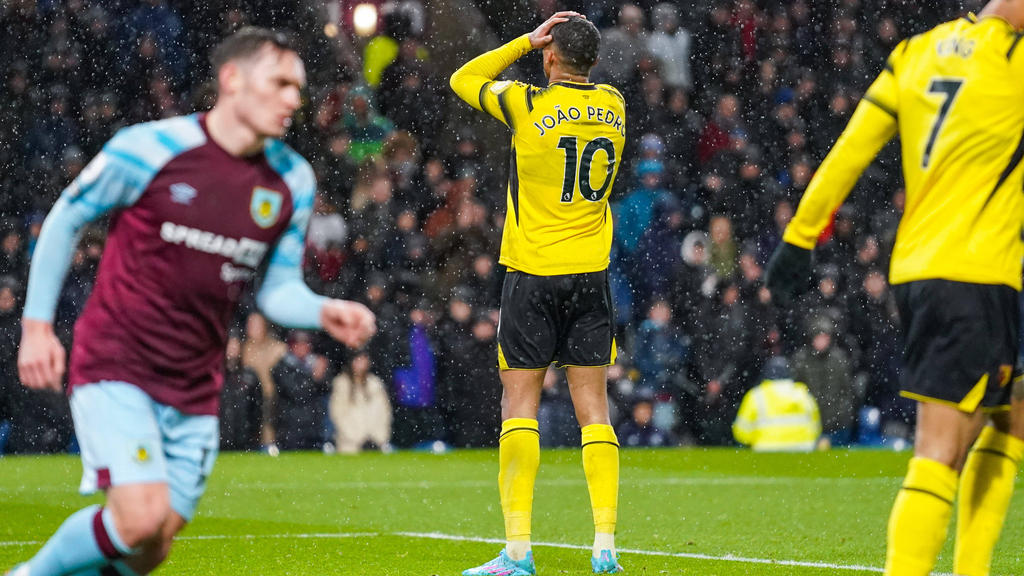 Foden will do his talking on the pitch, says Man City boss Guardiola